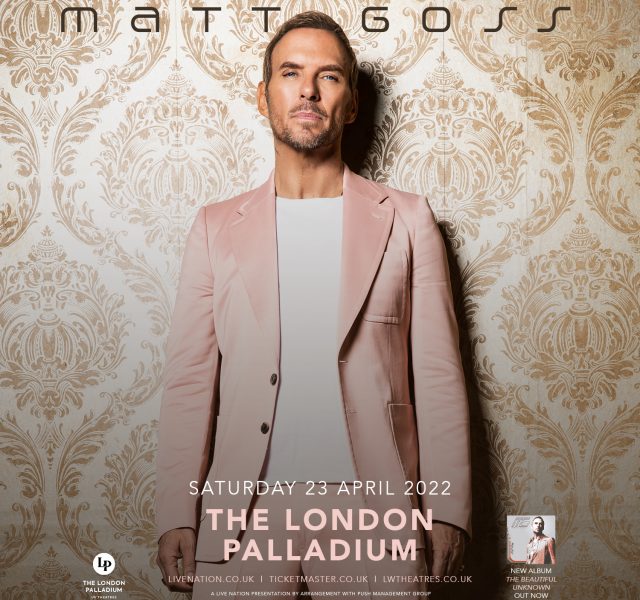 Matt Goss wants to give Maddox Jones ‘a chance’, adds the singer-songwriter to his gig after chatting on Instagram.

British singer-songwriter Maddox Jones has had quite the week. In addition to celebrating his birthday, the singer-songwriter has just been added as an opening act for Matt Goss‘ upcoming show at The London Palladium this Saturday, 23 April.

Maddox shared the story on social media. After reaching out to Matt Goss on Instagram following interviews on the same radio station, the longtime pop-singer took Maddox’s offer to support him live someday to heart, and added him to his London concert.

“I still can’t believe it’s actually happening!! Matt Goss is a icon, it’s so amazing to have his support. I messaged Matt on Instagram last week saying I’d love to support him and yesterday I spoke to him on the phone, it’s so crazy, he’s such a lovely guy. He wants to give up and coming artists a chance, big acts just don’t normally do this. I’ve been on the scene for a while and to be given the opportunity to play to his audience and share such an incredible stage, this kind of thing just doesn’t normally happen, this is a big moment for me. It’s also my Birthday this week so thanks for the best present Matt.” – Maddox Jones

Goss, who has been performing since the 1980’s when he was the lead singer of the hit pop group Bros, knows the importance of giving up-and-coming musicians opportunities. His gracious act was picked up by news outlets such as MSN, with Gross stating “all musicians should have a chance, God knows I’ve needed a few. I’m looking forward to hearing Maddox play and the Matt Goss mafia will love him.”

On 8th April Maddox Jones released his debut album Believe It, an uplifting and hopeful album where he delves into themes of becoming himself, falling in love as well as overcoming and battling with addiction. The album blends summery synth-washed pop with raw, stripped back, honest tracks, showcasing his singer-songwriter abilities.