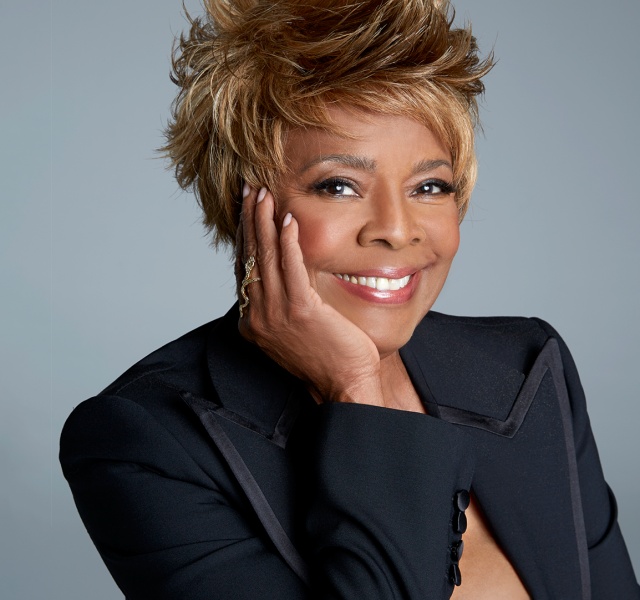 Instinct Magazine interviews Thelma Houston about her consistent support of the LGBTQ+ community, her recent work with Bimbo Jones, and reminisce about her prosperous career.

Jeremy Hinks of Instinct Magazine, a digital LGBTQ publication, sat down with Thelma Houston to interview her about her recent collaborative single with Bimbo Jones, her longevity, and her long history of supporting the LGBTQ+ community.

Calling Houston the “Diva of Divas”, Hinks recalls Houston’s legacy as the first woman on Motown Records to win a Grammy with her hit, “Don’t Leave Me This Way”. Houston has also worked with an extensive list of prolific artists such as Stevie Wonder, Patti Labelle, Smokey Robinson, and Chaka Khan, to name a few, giving her “a beyond impressive resume” according to Hicks. He praises Houston for her ability to maintain longevity in her career, saying,

“[T]o see you still feeling, sounding, and and performing so well, it’s incredible…you sound better than you ever did.”

Houston regards that she is “probably working more” now than she has in the past, but elaborates,

“I am having so much fun…but I have always been happy being able to do the work that I do. But there is a realization coming in this season of my life, there is an appreciation for having a career I still love, and I still have a passion for. I find myself to be one of the lucky ones.”

“[T]hat song was great, it dropped you back into sound absolutely current. There wasn’t a hint of nostalgia in that, you sounded like it was brand new…like you were the hottest new voice out there.”

“[W]e rewrote it…and we recorded it 3 years ago…I think I sounded so current, and young because I work out a lot, I exercise, and that is one of the things I do on a regular basis, I find that helps me a lot with singing and energy level. It comes through in [your] voice, and in your being.”

“I did it, because there were friends that needed it, and that was what you do, and then there is another organization, called “The Minority Aids Association” which dealt with AIDS and HIV in the minority communities. And that was to being more education and information and resources to the community. I felt the need for that, and donated what I could for them. Wherever it is that I can do something, I will do it.”

Hinks concludes the interview by asking Houston for a message she would give to LGBTQ+ youth in a difficult situation, and feeling unsafe and vulnerable. Houston responds,

“[F]ind the resources available, the information that is out there for you, because there is a lot, there are groups of people who love you and want to help you. Learn as much as you can to navigate through this, and it will get better, find the people who can and will support you, and you will see life getting better, there are enough people who love you, find them.”

Thelma Houston’s collaborative record, “Turn Your World Around” with Billboard Chart topping production duo Bimbo Jones (Marc JB & Lee Dagger) is now available on all streaming platforms, alongside a high-energy Remix package featuring mixes by Dark Intensity, Cristian Poow, and THOBY. The record is climbing the Billboard Dance Club Chart and is at #24 for the week of February 22, 2020.