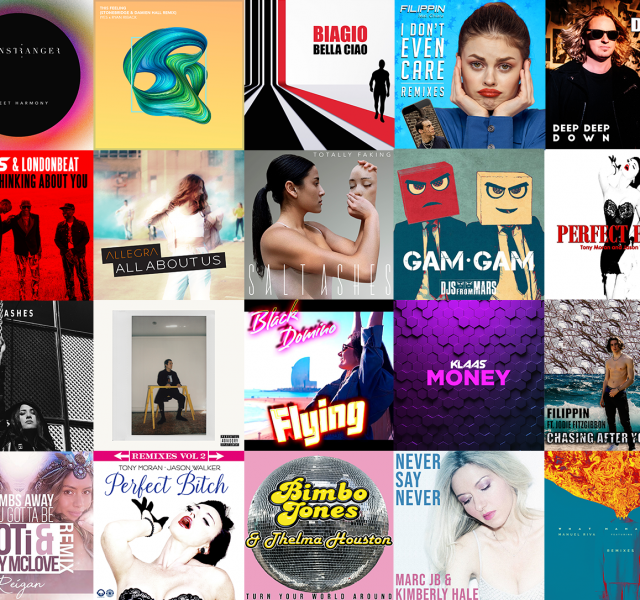 As we wrap up another incredible year for independent Pop and Dance music at Radikal Records, we wanted to look back at what made 2019 so great! From three #1’s on the Billboard Dance Club Chart to star-studded collaborations featuring Radikal artists (“Con Calma” by Snow & Daddy Yankee) to unforgettable debuts (Filippin; Allegra)!

Radikal artists have been releasing hits all year, kicking the year off with all over the Billboard Dance Club Chart this year, including three #1’s from Klaas & Londonbeat (“I’ve Been Thinking About You”), DJ’s From Mars (“Gam Gam”), and IYES & Ryan Riback (“This Feeling”).

In addition to Billboard recognizing these Radikal artists’ amazing work, Billboard also named Radikal Records the #9 Dance Club Label of 2019! Four Radikal releases also charted on Billboard’s Year-End Dance Club Songs Chart, including “Gam Gam” by DJ’s From Mars (#13), “I’ve Been Thinking About You” by Klaas & Londonbeat (#25), “This Feeling” by IYES & Ryan Riback (#34), and “Perfect Bitch” by Tony Moran & Jason Walker (#43). We’re incredibly honored by the recognition and would love to thank everybody for their support throughout this year (and every year). We’d also love to give a special thank you to Bobby Shaw Promotions!

With the year coming to a close we’re looking back with a 2019 Wrap-Up to recap all Radikal releases from this year and to highlight some of our artist’s most notable achievements. To listen to all of this year’s Radikal releases, listen to our 2019 Spotify playlist below: 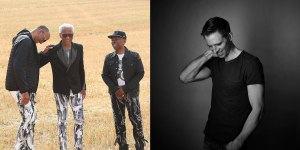 90’s dance legends Londonbeat celebrated 30 years in music by collaborating with top German DJ/Producer Klaas for a fresh take of their classic hit, “I’ve Been Thinking About You”. The collaboration included brand new vocals from vocalists Jimmy Helms, Jimmy Chambers and Charles Pierre of Londonbeat, and catchy house production the German DJ has become known worldwide for, creating a sound that is both nostalgic and modern.

Supported by a remix pack, which featured mixes from Grammy nominated music producer StoneBridge and longtime production partner Damien Hall, as well as Boulevard East, Anderson & Thacher and JayDom, the track spent 14 stellar weeks on the Billboard Dance Club Chart, including a week spent at #1, beating out rising singles from music superstars like Jennifer Lopez, Khalid, David Guetta and more. “I’ve Been Thinking About You” by Klaas & Londonbeat has amassed over 3,400,000 streams on Spotify, surpassing the original 1990’s release that propelled Londonbeat into international stardom, and the remix has solidified itself as a new dance classic, charting at #25 on Billboard’s 2019 Year-End Dance Club Songs Chart. 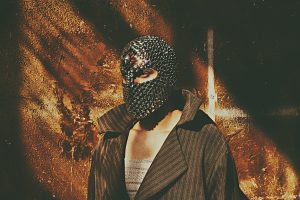 2019 saw Billboard charting DJ and Producer, Manuel Riva collaborate with pop songstress Misha Miller for a deep house track that’s as catchy as it is empowering and anthemic. “What Mama Said” is an empowering ode to every self, with the song’s lyrics dealing with owning up and fully embracing who you really are, supported by Manuel Riva’s one-of-a-kind production style. The collaboration included a music video, which picks up right where Manuel Riva and Misha Miller’s previous collab, “Sacred Touch” left off, and has gained over 2 Million views on YouTube. 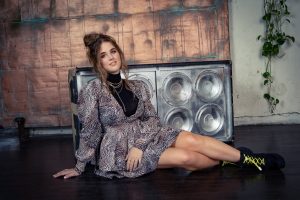 17 year old rising star, Allegra, released her breakout debut single, “All About Us” on July 12th. With her intense passion and desire to create fresh, honest music she quickly caught the attention of some of the industry’s biggest names. The single’s accompanying video is bold and dynamic, and highlights the modernity of this young artist.

The singer’s breakout single also became her first Billboard charting single, peaking at #7 on the Billboard Dance Club Songs chart and #28 on the Billboard Hot/Dance Electronic Songs chart, with the support of two remix packs by some of the hottest names in dance music. “All About Us” features remixes by German DJ/Producer Klaas, Cristian Poow, KC Anderson, Luca Debonaire, Full Intention, and SoulShaker among others. 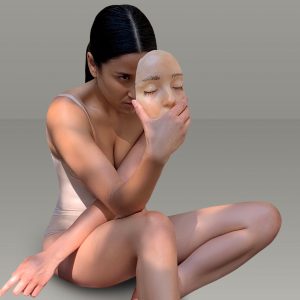 London-based electronic-pop singer, Salt Ashes, released her most emotional singles yet throughout the course of 2019, as well as powerful live sessions that highlighted her soaring vocals and showcased her unmistakable artistry. February 22nd saw the release of her anti-love song, “Don’t”, which Salt Ashes wrote with acclaimed UK singer-songwriter, Jon Allen during a studio session where they both ended up counselling each other about past relationships. She later co-produced the track Jonny Coote, creating a lighter, lo-fi sound that allowed her vocals to take center stage. The track’s accompanying video mirrors the sparse production, and highlights the vulnerability of the song.

Salt Ashes returned in September with her emotionally charged single, “Totally Faking”. Masking grief with dark synth sounds and an infectious dance beat, “Totally Faking” gained support on Spotify being featured on official playlists like the ‘Gemini Cosmic Playlist’ as well as the ‘Netherlands Top 50’.

In addition to her new releases, Salt Ashes has headlined shows at Hoxton Square Bar and Kitchen and The Hope & Ruin in Brighton, and performed as support for Alpha Beat and Belau. She has honed a bold and energetic live show that highlights what makes her an unforgettable artist. 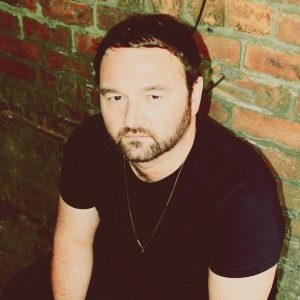 UK-based electronic pop artist and producer, Born Stranger (Maddox-Jones), kicked off the year with funk-inspired cover of The Beloved’s “Sweet Harmony”, released on January 25th. Produced by Harry Tarlton, the track is reminiscent of Daft Punk’s “Random Access Memories”, with its bright guitars, synths and soulful vocals. Born Stranger followed up “Sweet Harmony” with “Like I Mean It”, a collaborative single with future pop artist ADAL. The track was premiered on UK fashion, music and arts publication, ROUGH, on May 2nd, and merged tropical house with their distinct nostalgic sound, for a fresh take on a summer hit. “Like I Mean It” gained support from BBC Music Introducing in Northampton, who named “Like I Mean It” their track of the week. Expect more memorable pop hits from Born Stranger in the coming year! 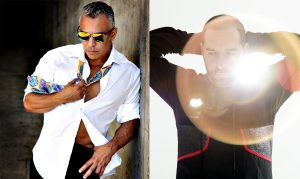 Grammy nominated producer, Tony Moran teamed up with 5-time Billboard Dance #1 singer Jason Walker for their fourth collaborative release, “Perfect Bitch”. The single was released on June 21st, alongside a hypnotic music video. The track was supported by two remix packs featuring powerhouse producers handpicked by Moran and Walker themselves, including Stonebridge & Damien Hall, Moto Blanco, James Hurr, and Cristian Poow, among many others. “Perfect Bitch” found itself on the Billboard Dance Club Song Chart and the Billboard Hot/Dance Electronic Chart, peaking at #2 and #28 respectively, and earned a spot at #43 on Billboard’s 2019 Year-End Dance Club Song Chart. 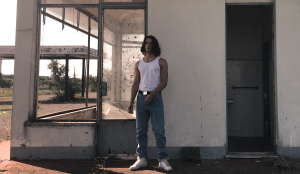 19-year-old Italian DJ, composer, and producer Filippin (Lorenzo Filippin) made his Radikal Records debut with the dance-pop track, “I Don’t Even Care” featuring Chiara. A sight departure from his previous experimental and instrumental tracks, “I Don’t Even Care” sees the DJ pushing his pop sensibilities to new heights. With a remix pack featuring mixes by DASCO, MACCIO, Lorenzo Perrotta, and JKGD, “I Don’t Even Care” climbed up to #28 on the Billboard Dance Club Songs chart.

Filippin followed up his Radikal debut with a collaborative single, “Chasing After You”, released Sept. 20th. The track features vocals by Scottish singer, Jodie Fitzgibbon, and highlights his unique brand of dance music that focuses on the pop elements with instantly catchy production. 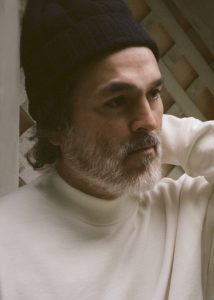 Eddie Chacon of the 90’s Pop Duo ‘Charles & Eddie’ joined Radikal Records to release his first solo single, “Rumors or Lies?” The single is sonically reminiscent of Daft Punk’s work with Pharrell meets The Weekend, and while Eddie leaves the meaning up to interpretation, his lyrics seem to explore how we disseminate information in our world today. With the support of a remix package featuring mixes from Siedelman, Audiofreaks, JKGD, and many more, “Rumors or Lies?” reached #20 in the DJ Times National Dance/Crossover Chart for the month of July. 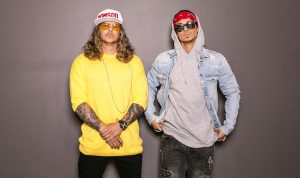 ARIA award nominated multi-platinum selling artists, Bombs Away, always know how to deliver a hit single. The Australian production duo teamed up with songstress Reigan for a reimagined rendition of Des’ree’s 90’s smash single, “You Gotta Be”, which they released via Radikal Records on May 31st. The single also featured a bold remix by up and coming production stars MOTi & Terry McLove, who created a super fresh big room remix of the re-imagined hit. The single was supported by a remix pack that featured an additional mix by the duo, as well as mixes by GOLDFRSH, Modern Citizen, and more. “You Gotta Be” is currently at #42 on the Billboard Hot/Dance Electronic Chart and #19 on the Billboard Dance Club Songs Chart.

UK production duo, Bimbo Jones, teamed up with Grammy-winning disco legend, Thelma Houston for the new dance anthem, “Turn Your World Around”. The disco-house track is a perfect blend of nostalgic and modern, showcasing Houston’s powerhouse vocals. Keep your eyes peeled for a “Turn Your World Around” Remix pack coming in 2020 on Radikal Records. 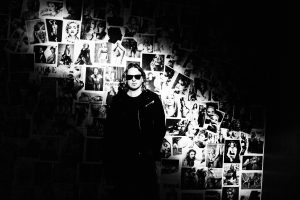 International DJ & Grammy Winning Producer Lee Dagger brought a brand new house hit to everyone’s speakers in 2019 with the release of, “Deep Deep Down” on July 5th. Inspired by the sounds of old school and contemporary house the track is a dance-floor-ready anthem drenched in nostalgia. The new release of “Deep Deep Down” included exclusive remixes from 6 additional producers, including Georgie Porgie, Liam Pfeifer, Larry Peace, Victor Lowdown, E39, and Chris Sammarco.

Top British producer and DJ, Marc JB, has worked with and remixed big-named artists like Lady Gaga, Rihanna, Pink, and Ke$ha, and who’s productions have landed him over 89 #1s across the US and UK. He collaborated with UK trance vocalist, Kimberly Hale, on an end of the year, feel-good hit, “Never Say Never”, perfect for ringing in the New Year. The pop guitar-driven release includes a tropical mix inspired from Marc’s travels as a DJ this past year, and a remix from Bimbo Jones, as he teams up with his longtime production partner Lee Dagger.

Thank you for continuing to support independent electronic music— we can’t wait to see the amazing things that the next year (and decade!) will bring.