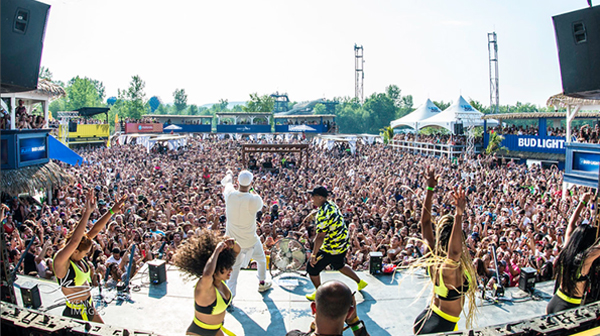 Snow‘s unforgettable 1992 single, “Informer” has taken on an entirely new life this year with Daddy Yankee’s smash-hit “Con Calma”. Featuring new vocals from Snow himself, “Con Calma” is a Spanish-language remake of the 90’s worldwide hit, and has topped the charts of 20 countries and reached the Top 10 of 10 others. The official music video now at over 1 Billion views on YouTube and at over 500 Million streams on Spotify alone.

Québec- Montreal ?? (LEGENDS OF THE GAME)

Despite having a global hit song and music video together, the two artists had not met in person until Daddy Yankee’s July 6th performance at Beachclub.

“[Informer] was one of my favorite songs growing up, and to do this the right way I needed the guy to be on the record. You got to give honor to a classic in order to make a new version of it, and once I showed it to him, he said, ‘Wow, it’s amazing. I’ll 100% be on the song.’ So you have a Canadian and a Puerto Rican making Jamaican music. Two pioneers, two people pushing the cultures.” – Daddy Yankee via FYI Music News 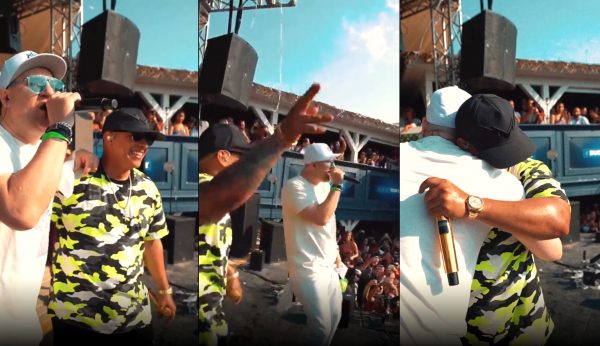 Last year Snow made his return to music with Radikal Records as he celebrated the 25th anniversary of the release of “Informer”. Snow teamed up with the award winning London-based production group, Audiofreaks, for a completely new and re-worked recording of his worldwide #1 hit with, simply titled “Informer 2018”. The music video has over 2 million views on YouTube and was supported with the release of 6-track exclusive remix package, ‘Informer 2018 (Remixes)’.

Watch the video for “Informer 2018 (Audiofreaks Mix)” below: