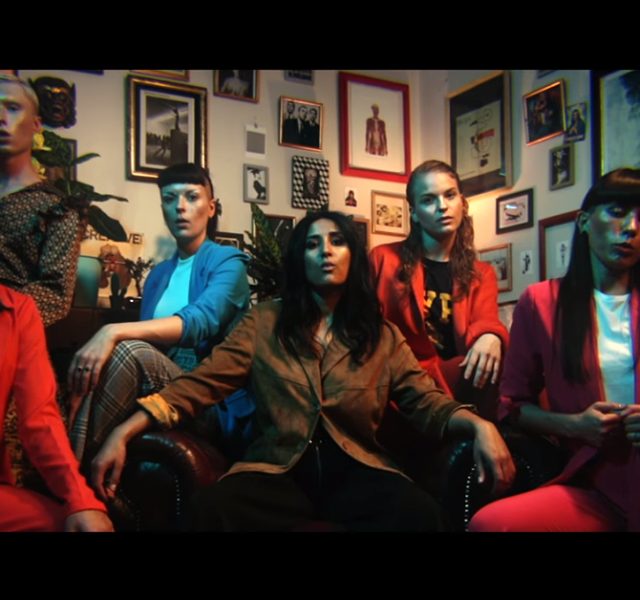 Salt Ashes‘ new music video for her latest single “Girls” is streaming now on YouTube.  Electronic singer-songwriter Salt Ashes’ empowering latest single “Girls” was released via Radikal Records on Friday, May 4th 2018.  The single is her first Salt Ashes release since her debut self-titled album in 2016. “Girls” is a fierce, empowering, electro-pop anthem that speaks to a situation many girls often find themselves in—one in which someone makes an assumption that you want more than just a friendship based on their interpretation of how you act or dress.

Since its release, “Girls” has been endlessly praised from various music blogs and platforms like Earmilk, The Line of the Best Fit, EQ Music Blog, Press Play Okay, Record of the Day, Wonky Sensitive, Qweerist, and many more. The track has also been featured on several prominent Spotify playlists including “The Pop List,” “New Music Friday,” “New Artists Discovery,” “Kick Kick Snare,” and more.

Directed by Salt Ashes herself and filmed by Roni Sidhu, the new music video for “Girls” features entrancing lighting, artistic cinematography, and most notably, her fans. On the video, Salt Ashes says:

“I wanted to create a video representing people who identify as female or gender fluid celebrating self-expression, freedom of individuality and confidence. The idea was to have a series of clips of real and badass people expressing themselves in whatever way they wanted, throwing any stereotypes out the window. Some of the clips you see are self-directed and filmed by inspiring people I came across online or fans who had sent me their videos. There was no brief other than to express themselves freely, ignoring any self-doubt or what they felt might be expected from them. It was incredible going through all the footage and seeing the diversity and confidence across the board. I feel honoured and grateful that they shared a part of themselves with me in order to create this video.