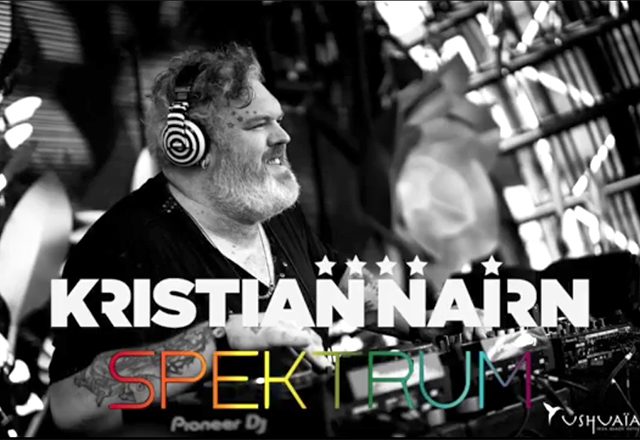 DJ/Producer Kristian Nairn‘s monthly podcast, ‘Spektrum’ hits the big 10 this month! To celebrate his tenth episode of the new mix-show Kristian has released his live-set recorded from his appearance at Garden of Madness on July 31st at Ushuaïa Ibiza Beach Hotel. Presented by Tomorrowland and Dimitri Vegas & Like Mike, Garden of Madness also featured sets from Diplo and Lost Frequencies that night.

“This, believe it or not, is Episode 10. That’s one-zero, TEN, I can’t believe it. You know I have done, I think this is my third podcast, and I’ve gotten to about six or seven (episodes) before. I’ve never made it to ten so this is a huge landmark for me and just me sticking to something in general. I am quite a scatty person so I’m proud of myself to say the least.

On last month’s show I said we were going to do something special and a little bit different than normal. … I was lucky enough to be in Ushuaïa in Ibiza last week and I was able to record my set! This is a live, warts and all, DJ set from Ibiza.”

Click the SoundCloud Player below to listen to ‘Spektrum 008’ or find the mix on his personal SoundCloud or Mixcloud.

Be sure to follow Nairn on both SoundCloud and Mixcloud for more new episodes of Spektrum, along with exclusive remixes.

Check out the music video for “Bigger” with footage from his live performances below:

Kristian Nairn has also released ‘4Love’ and ‘Up / Beacon’ on Radikal Records. Click to stream all of his singles on Spotify.