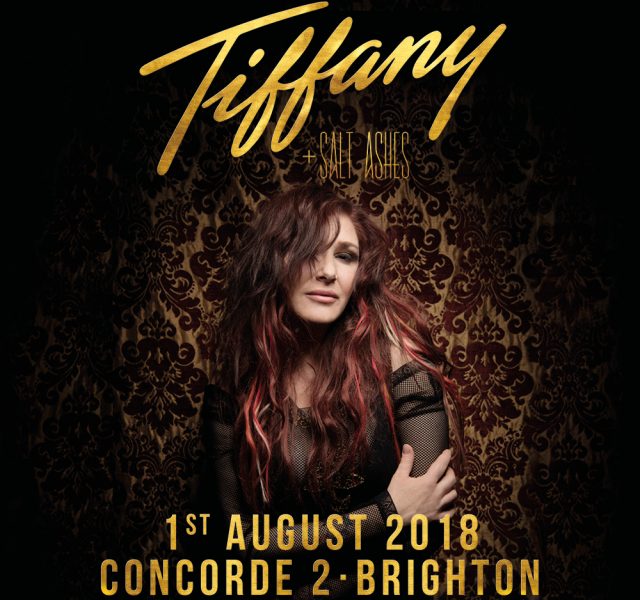 Tiffany’s iconic number one hit single ‘I Think We’re Alone Now’ captured the heart of a nation and catapulted her to pop superstardom. Tiffany also had Top Ten hits with ‘Could’ve Been’ and ‘I Saw Him Standing There’.

Tiffany set a record as the youngest female artist to top the Billboard charts with her debut album, and in 2000 Billboard Magazine described Tiffany’s album ‘The Color of Silence’ as “thoughtful, intelligent, and full of grace”, and ranked it among the “Top Ten Best Albums of the Year”. Throughout her career Tiffany has released 9 studio albums and sold over 15 million albums.

This is a rare chance to see the legendary singer Tiffany where she will be showcasing some brand new tracks as well as performing her iconic hits with her live band.

Following the release of her debut self-titled album in July 2016 via Radikal Records, electronic singer-songwriter Salt Ashes released her latest single, ‘Girls’ on May 4th 2018.