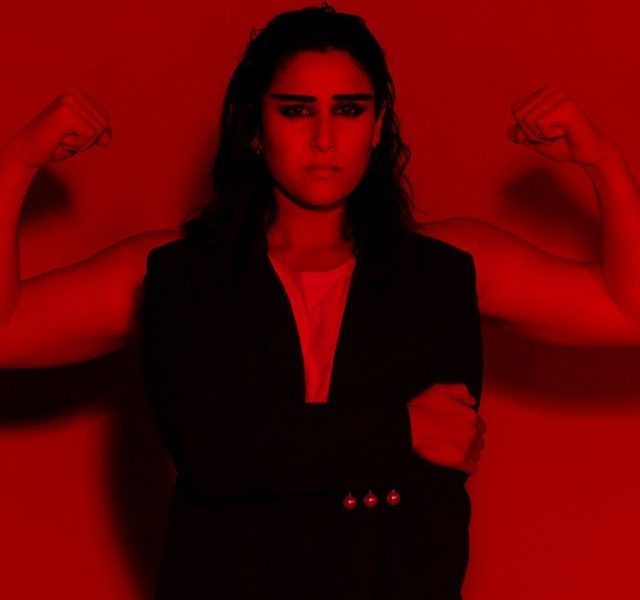 Following the release of her debut self-titled album in July 2016 via Radikal Records, electronic singer-songwriter Salt Ashes released her latest single, ‘Girls’ on May 4th 2018. 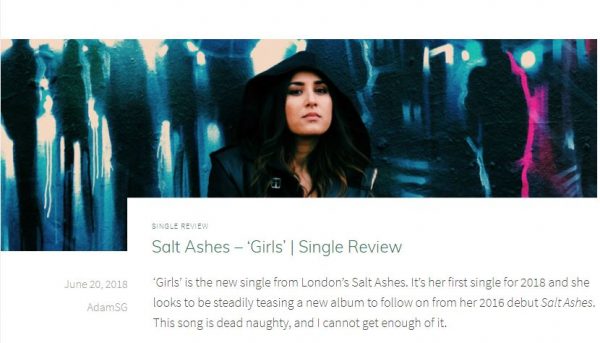 Sounds Good, a music blog based out of the UK, recently reviewed “Girls” and said:

It’s like if Gary Numan put a pair of heels on and decided to let [Salt Ashes] strut their stuff, and while that’s an image nobody expected to have today, it still makes perfect sense.

To find out what inspired that ingenious image, check out the full review here!

‘Girls’ is about a situation that I’m sure many can relate to; when someone makes an assumption that you want more than just friendship based on their interpretation of how you act or dress. The track is about breaking the stereotypes of people who want to express themselves and their sexuality freely without the “slut shaming” or being told that they’re “asking for it.” I’d hope for the song to inspire confidence within people to stick to their decisions with who they want to be. The track was produced by Tom Fuller, and I co-wrote it with Born Stranger who are a
band I performed with last year, after having experienced that exact situation for the millionth time.