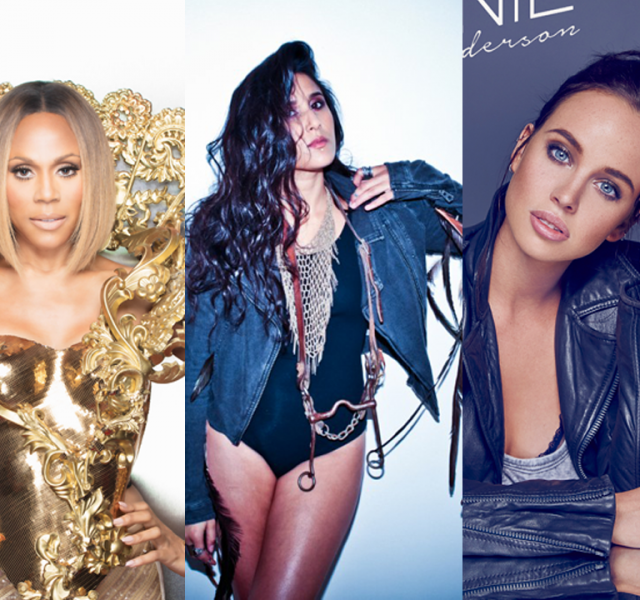 Every year on March 8th, the world shows its appreciation for all women and femmes on International Women’s Day.  Here at Radikal Records, we are proud to have teamed up with some incredible artists who deserve a special shoutout today.  From EDM to dance pop, producers to singers, we’ve worked with some of the most brilliant talent taking over the music industry.

Dance pop legend Deborah Cox released her thirteenth number one single, “Let the World Be Ours Tonight”, via Radikal Records in 2017.  Deborah Cox is not only a triple-threat as an entertainer, but a philanthropist who dedicates her time to empowering, supporting and uplifting the LGBTQIA+ community.

Audiofreaks is a dance music production team that features several critically acclaimed producers, including Jenna Donnelly.  Their most recent work via Radikal Records was on the newly reworked version of “Informer” by 90’s reggae artist, Snow.

Radikal Records dance pop artist Salt Ashes has truly made a name for herself in the electronic music world.  As a powerhouse vocalist with amazing abilities as a songwriter, she has adoring die-hard fans internationally.  Radikal Records was proud to debut her self-titled album in 2016.  She also collaborated with Radikal artist Kristian Nairn on the track “4Love”.

Romanian artist Lariss is known for her latin music flair, which Radikal Records brought to North America in 2017.  Her single “Dale Papi (feat. K7)” was a smash hit in Romania, and she was one of the Most Shazaamed Artists in her native country.

Vocalist Misha Miller was featured on EDM producer Manuel Riva’s latest single, “Sacred Touch”.  In our opinion, Mischa Miller was a perfect fit for the track- hear for yourself:

Eneli was featured on “Mhm Mhm”, produced by Manuel Riva and released in 2017 by Radikal Records.  It went on to chart on not one but three separate charts- the Billboard Dance Club Chart, DJ Times Chart, and Kings of Spins Top 20 Chart.

Australian star Bonnie Anderson is a model-turned-singer that Radikal teamed up with in 2016 to bring her anthemic dance pop to North America.  We think she killed it on her single “The Ones I Love”. Listen on YouTube: