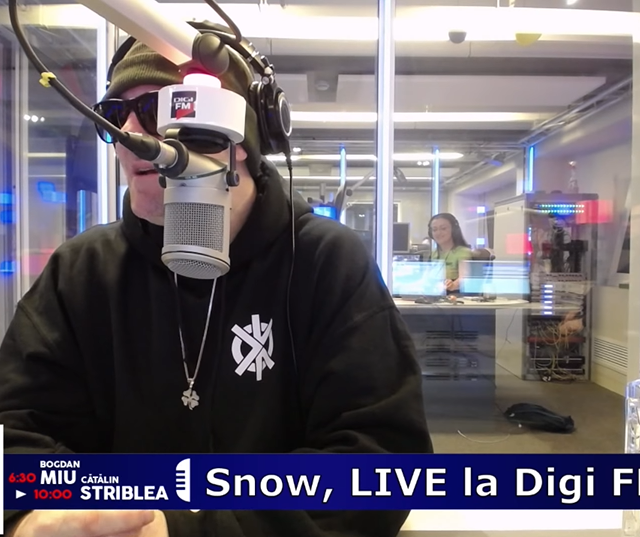 Snow recently sat down with Romanian DigiFM radio hosts Bogdan Miu and Catalin Striblea on his recent trip to Romania as “Informer 2018” played on the air, to talk about his background as an artist, and the process behind “Informer 2018”.

While Snow has been relatively quiet before releasing new music this year, “Informer” is a widely popular track in Romania, where the track was released by Romanian label Roton Music.   After Snow gave a brief history of his career, DigiFM played “Informer 2018” for their listeners halfway through the broadcast.  They then played a “word association”-type game with him, asking his opinion about other 90’s artists from his time and other pop culture references.

Watch the full interview on DigiFM with Snow below: