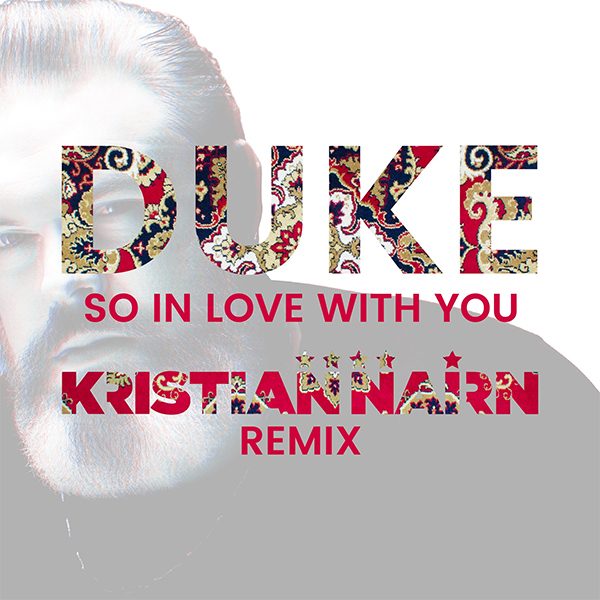 DJ Kristian Nairn has just released an exclusive remix for British singer-songwriter and producer, Duke‘s hit single, “So In Love With You.” With his remix, Kristian Nairn has taken the ultra smooth funk-influenced track from ’94 into the realm of hypnotic house music that he is known for. The remix is exclusive to Nairn’s SoundCloud page and is now available for free download!

Click the player below to listen (Download button in top right) or listen to the track on SoundCloud:

Be sure to ‘Follow’ Kristian Nairn on SoundCloud for more exclusive remixes and mix-shows.

Originally released in 1994, “So In Love With You,” was a bonafide dance hit worldwide for Duke, topping the mainstream & club charts in the Netherlands, France, Spain, Italy and many more. His deep house version of the track hit #1 on the Billboard Hot Dance Music/Club Play chart and #22 in the UK mainstream charts.

Check out the music video for “Bigger” below: