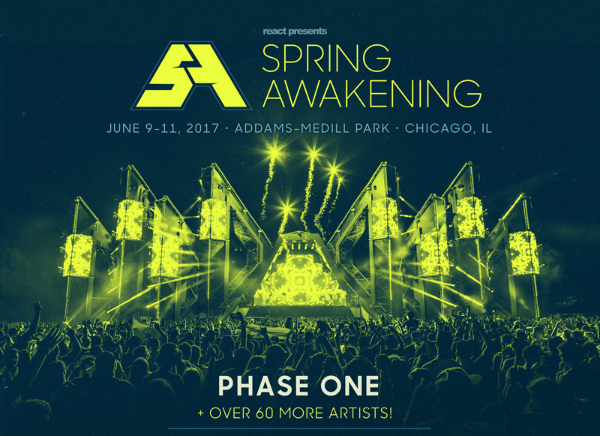 Phase One of the lineup for the sixth-annual Spring Awakening festival has been announced and it is a hefty lineup. The Chicago based musical festival will have six branded states. Two of the main stages, Solstice and Equinox, will host Armin Van Buuren, Axwell & Ingrosso, Diplo, Galantis, Marshmello, Martin Garrix, and more.

Phase Two will be announce next week!  The three-day general admission passes for the June 9-11 festival are on sale now. Get your tickets at: http://www.springawakeningfestival.com 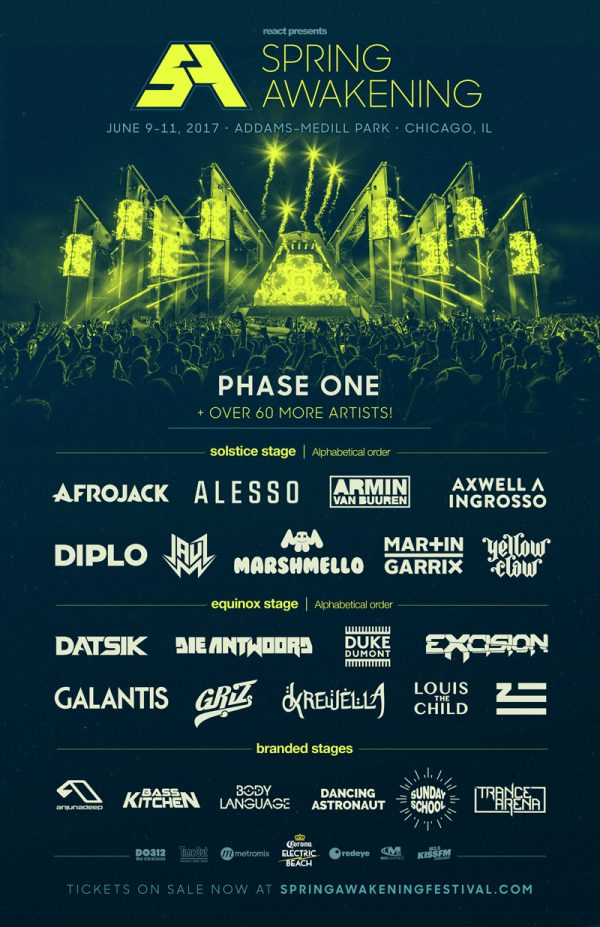