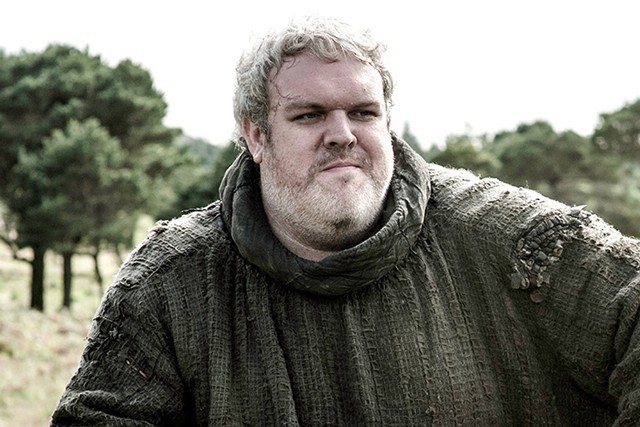 Spin Magazine recently sat down and talked with Kristian Nairn. In the interview Kristian discusses how he keeps being a DJ separate from his well known role as Hodor on HBO‘s Game Of Thrones.

Kristian also talks about the various music and musicians that have made cameos on Game of Thrones.  Some of the article can be read below.

So you don’t really try to keep the two things separate, aside from, like, not making a “Hodor” remix playlist?
I would never do that — there’s enough of those around, anyway. I don’t do anything different than I normally do in my DJ set, ever. I’m not into gimmicks, really. I actually have to admit, when I first heard the notion Game of Thrones, I balked. I was like, “What the hell? I’m not doing this!” Because it kind of goes against everything I stood for. But it has been a strangely affecting experience. It hasn’t felt false to me. It hasn’t felt crass in any way. Because the people who come are wonderful. It actually reminds me of clubbing, years ago: People dress up, like club kids — people from all different walks of life, and interests, sexualities, all coming together under one big banger. That to me is what clubbing’s about. So, any doubts about the legitimacy or “crass” aspect of doingThrones has been well washed out of my mind.

Do you primarily think of yourself as a musician who acts, or actor-musician, or is it not really a distinction you make?
I don’t really make a distinction because, when I’m acting, I feel like an actor, and when I DJ, I feel like a DJ, and when I play the guitar, I feel like a guitar player. I don’t know which I prefer. I think I just like to perform, in some way or another. I definitely prefer live stuff, though. I like the instant gratification, where you can sort of see the response from the crowd. Sometimes, doing recorded stuff — TV and film — it’s very repetitive. You don’t get any sort of response: Directors are very straight-faced. You don’t really get a reaction from people, but obviously, live, it’s completely the opposite. I love that.

Do you have a favorite song or musical moment from Game of Thrones? Like “The Rains of Castamere”?
Yeah, that’s definitely the obvious one, but I think the music in Game of Thronesis fantastic. They really use it in a very intelligent, atmospheric way. Sometimes it can be very subtle — it can just be a single violin. “The Rains of Castamere” just has to be the moment. It just says so much: It was such an important part of that scene. Anyone who read the books definitely knew what was coming when they heard that! [Laughs.] I think that that song was burned into people’s memories.

Make sure you read the full article at Spin Magazine.