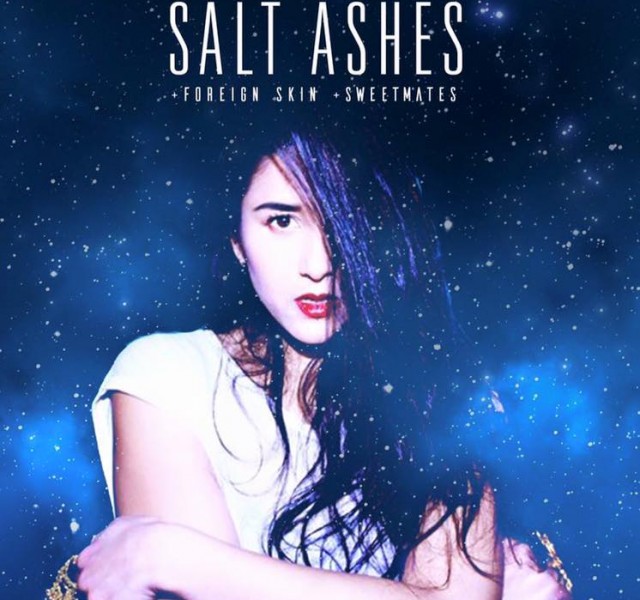 Check out our Salt Ashes playlist on YouTube below:

Brighton based Salt Ashes is a lover of UK electronic music. She fuses dark songs and melodies with a zeitgeist club sound. Recording songs after late nights dancing in clubs from London to Berlin to NYC where she met Radikal Records who be releasing her debut album in 2016.

Singles ‘Somebody’, ‘If You Let Me Go’ and new single ‘Raided’ have solidified her as a one to watch and put her on the radar of some of the more exciting new UK producers. Having written with the likes of BlackButter artist Applebottom and features coming up with Tong and Mac favourites My Digital Enemy on Zulu records. For 2015 Salt Ashes will be writing and perfecting her live set for future shows.’

Tickets are available for purchase: HERE

Salt Ashes is featured on Kristian Nairn’s latest single “4Love,” which has been receiving rave reviews. She has also been featured on CRUELS’ track “Give It Up,” which has received a lot of attention on Hype Machine. She is currently working on her debut album, which is due out this year. Keep on eye out for new music coming soon!