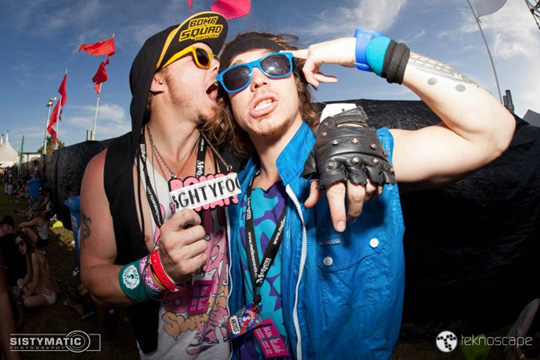 VH1 and MTV originally passed on the Bombs Away Super Soaker music video citing the clip was, “Too Risque” . Now, MTV’s carefree sister network, MTV Latin America, has welcome the boys’ homage to rump shaking and water guns with open arms. The video has been added to the network’s program 120 Minutes! Based in Miami, MTVNLA will soon move its headquarters to Mexico, Brazil and Argentina. No wonder the Latin American station is more open to the hilarious and wild music video, check it out below!