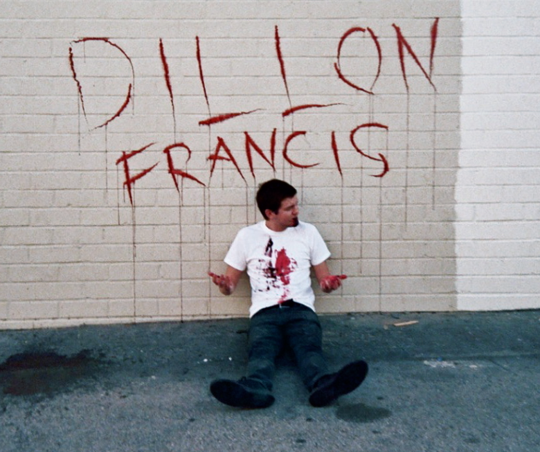 The Creators Project features an awesome review exploring the emergence of  Moombahton through the eyes of one of the genre’s biggest names, Dillon Francis.

“Jumping on a musical style while it’s just emerging gives one the opportunity to shape it. In 2009, when the BPM rate of the world’s dance music was either speeding up or going cut-time with dubstep variations, DJ Dave Nada, Munchi, and their contemporaries found a new tempo to rock at. The speed was 110 BPMs and the style was called Moombahton, referencing the influence of reggaeton and a remix of the track “Moombah,” Nada’s early experiment with the slowed down rhythm.

The result was an infectious dance floor rhythm spread over the internet that began to catch the ears of DJs around the world. One of these DJs was Dillon Francis, a kid from Los Angeles who found inspiration in the style and applied the format to his own production, coming out with his own electrified brand of Moombahton. It was this sound that reached the ears of Diplo, Sinden, Steve Aoki, and respected DJs everywhere who recognized Francis’ talent for making a new and unconventional kind of dance music,” – The Creator’s Project

Click here for the original article, and check out interview below.