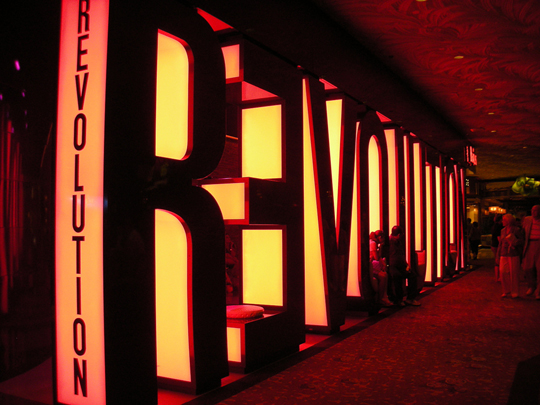 Bombs Away Is Performing Tonight At Revolution Lounge In The Mirage, Las Vegas

Revolutionary in design and atmosphere, Revolution Lounge features cutting edge, interactive experiences to create a psychedelic sensory environment and a contemporary interpretation of The Beatles era. Each night will be an evolutionary journey, where both the music and interior transform, resulting in an eclectic nightlife adventure at The Mirage.

Bombs Away is bringing their Swagger Tour to Revolution Lounge tonight only! These Aussies know how to get a party started and their killer live performances can only be described as “the soundtrack to Obama back-flipping out of a helicopter” – these boys will take your night out in Las Vegas to the next level! For bottle service or table reservations contact revolutionvip@lightlv.com.