Without even a single to her name, eighteen-year-old artist Ugbad Musti was still one of the most talked about acts at last years’ Øya Festival in her hometown of Oslo, Norway. Despite her set competing for attention with headliners such as Christine & The Queens and Robyn, Billboard.com took note of the newcomer. “Musti performed with confidence and had a stage presence of a seasoned artist” wrote Billboard, describing her natural artistic flair. September 25th will now see the release of Musti’s powerful debut album ‘Qoyskayga’ (My Family) in North America via Radikal Records.

With her release, Musti may well become the manifestation of the next generation of Norwegian rappers and the first to break outside her home territory. The ones that dare assert their ambitions, ignore conventional categorization and stereotypes relating to rap style, provenance or gender.  “I was an angry kid” Musti explains. As luck would have it an observant teacher showed her an alternative way of articulating this anger, by expressing her emotions in words. What started as a diary of sorts soon became poetry, evolving with patterns and rhymes – not unlike rappers such as Skepta and Stormzy. Musti had a realization. “Music is poetry. My emotions become poems, poems that naturally transform to fit to music.” 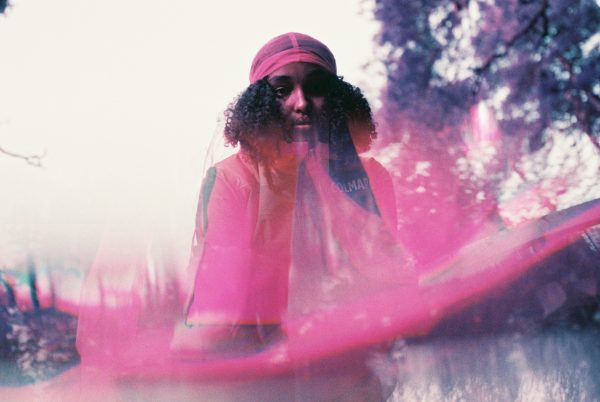 Additionally, the fact that Musti has first and foremost been exposed to UK rap, not US or Scandinavian, separates her from previous generations. Born in Somalia and living in London before settling with her family in Norway, Musti is an Afropop artist that can express herself effortlessly in three languages. Her musical sensibilities are closer to grime than classic hip hop, permeating through her unfiltered lyrics and unique and unpredictable flow. Drawing on her cultural heritage a helping of African rhythms are mixed in the production. You don’t have to understand Norwegian or Somalian to realize and feel the undeniable talent that makes Musti one of the most exciting voices to come out of the Norwegian music scene in a long time.

Watch the music video for “Lion King” below, premiered on Complex UK:

Despite changing and challenging conditions Musti has kept busy in 2020. She released the short film “Ryio” featuring songs from the debut, and recently shared a stage with Aurora and Hkeem when they performed at Amnesty Norway’s anti-racism live stream benefit after the demonstrations triggered by the murder of George Floyd in the USA.  Most recently she performed “Lion King” live at Norway’s P3 Gull (in English: “P3 Gold”) award show where she won «Newcomer of the Year».

MARAUD3R - Nightrunner
Salt Ashes - Cut You With A Kiss