Listen to “Lion King” on Qoyskayga

As premiered on Complex UK, “Lion King” is the new single from Somali-Norwegian hip-hop artist, Musti. Featured on Musti’s recently released debut album Qoyskayga (My Family), the 19-year-old artist recently performed the track live at Norway’s P3 Gull (in English: “P3 Gold”) award show where she won«Newcomer of the Year» for 2020.

‘Qoyskayga’ (My Family) is the powerful debut album by eighteen-year-old Somali-Norewegian artist, Musti. Delivering unfiltered lyrics with a unique and unpredictable flow, you don’t have to understand Norwegian or Somalian to feel the undeniable talent that makes Musti one of the most exciting voices coming out of the Norwegian music scene. Musti recently performed “Lion King” live at the P3 Gold Awards in Norway where she won the ‘Newcomer of the Year’ award.

On the single Musti states:

“During the process of making my album «Qoyskayga», Beyonce had just dropped the album «Lion King-The Gift», and one track on that album quickly became my favorite. “My Power” featuring Tierra Whack, Nija, Yemi Alade, Busiswa, MoonChild Sanelly and DJ Lag. After that I listened to alot of AfroBeat  and Afropop music, which really inspired me and my producers to make this track.«Lion king» is a homage to every female artists and athlete with african descent. And special s/o to my mom who came through with the middle eight part of the song.” – Musti 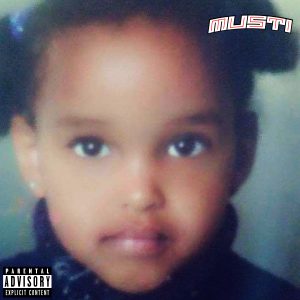 Listen to “Lion King” on Qoyskayga