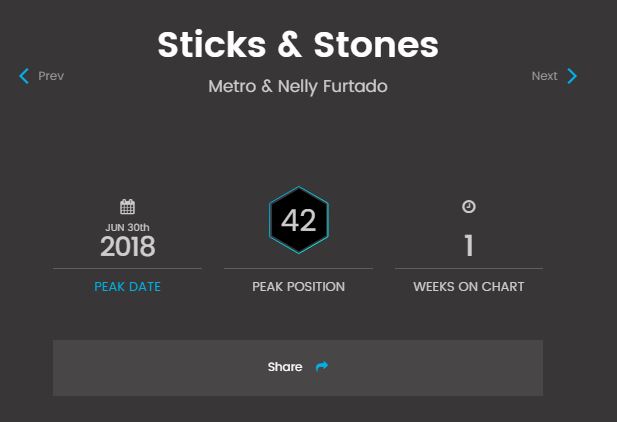 On May 25th 2018, Nelly Furtado and Metro released a remixed version of Furtado’s song “Sticks And Stones” from her 2017 album The Ride.

Only two spots away from Janelle Monae’s “Make Me Feel” and one spot behind Enrique Inglesias and Pitbull’s “Move to Miami,” Metro and Furtado’s remix sits at #42 on Billboard’s Dance Music Chart for the week of June 30th.

Metro’s brand new version of “Sticks And Stones” came about when Nelly flew to London to collaborate on material for her last album.  She loved their fresh new take on “Sticks And Stones”, and recorded her vocal on it then and there.  While Metro’s new take on the song contrasts that of the production on The Ride— a fun, lighthearted indie pop romp tangled with crunchy synths— Metro’s production re-invigorates the song with a driving house beat and electronic synths that take it back to the 90’s dance era. 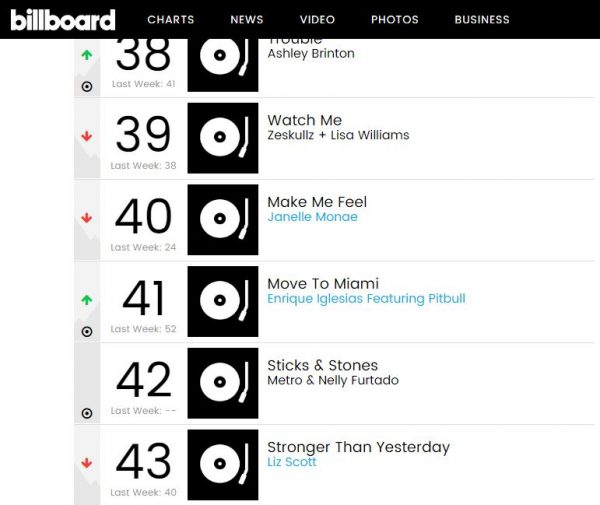