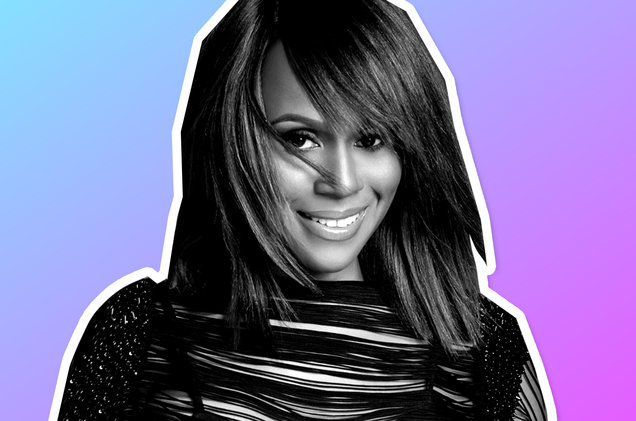 For Gay Pride Month, Billboard asked numerous pop culture luminaries to write ‘love letters’ to the LGBTQ community. Below, R&B singer-songwriter Deborah Cox, who performed at Pride Island in NYC, shares hers below:

Once, a makeup artist told me he was afraid to come out. His parents didn’t understand that he was born that way and they made him an outcast in his family.  This is not an unfamiliar story — many even consider suicide.

I’ve been told my music has helped to empower people who are struggling. Songs like “Absolutely Not” have given them the courage to be themselves. Most of the fans tell me that my music has been the soundtrack of their lives, and they have been brave to face their families who shame them.

My passion is and always has been the LGBTQ youth — the ones that have a hard time coming out, being bullied, that kind of thing. Helping them get their point across and really be heard.  Stopping the stigma, stopping the bullying, and raising awareness to the mainstream that being gay and being a lesbian — it’s not going anywhere. We must learn to live together.

Deborah Cox has released a brand new single “Let the World Be Ours Tonight.” Cox’s powerful vocal performance on “Let the World Be Ours Tonight” makes a strong statement about overcoming adversity. Throughout her career, Cox has become a beloved iconic figure in the LGBTQ community by spreading her message of acceptance, hope, and love.  In 2015, she received the Out Music Pillar Award; she was honored by The Harvey Milk Foundation at Diversity Honors for her efforts in the fight against HIV/AIDS in the LGBT community. In 2016, she was given the Liberty Bell and Proclamation in Philadelphia by Mayor Kenney to proclaim June 12th as LGBTQ Philadelphia Pride Parade and Festival Day.

“Let the World Be Ours Tonight” will be available for digital purchase on all major platforms including Amazon, Google Play, and iTunes. It will also be available to stream on Apple Music and Spotify.