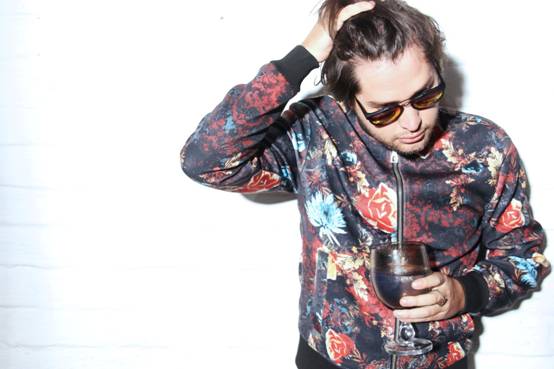 Get an exclusive first look at Johannesburg recording artist Ross Jack‘s upcoming music video for “Fear the Rush.” The single is featured on Ross Jack’s forthcoming debut album ‘Self Medicated,‘ which is due out Friday, April 28th on Radikal Records.

Watch the trailer for “Fear the Rush” below:

‘Self Medicated’ is a perfect blend of Ross Jack’s influences, taking the best sounds of Rap, RnB, Soul, Trip-Hop, and Pop to produce a unique style he refers to as “Stoner Pop.” Each track sees Ross Jack taking his creativity to the next level as his charismatic performance on the mic adapts to the album’s wide-range of production styles. From the chilled-out haunting vibes of “Fall,” to the irresistible high energy pop-rap anthem “Gold Plated,” followed up with the dance-hall reggae vibes of “Burning Man,” the album’s diverse beats and production allow Ross to tackle a variety of emotions applying his own exciting sound.

One of the album’s musical highlights is its opener and lead single, entitled “Fear The Rush.” The single was co-written by Arrow Benjamin, the co-writer and artist on Naughty Boy’s 2015 Top 10 smash hit “Runnin’ (Lose It All)” which also featured pop icon Beyoncé, and produced by Pete Boxsta (Petite Meller, James Arthur). “Fear the Rush” combines soulful vocals with brooding instrumentals that showcases the melodic hip-hop that propelled Ross Jack top the charts in South-Africa. When speaking to South Africa’s People Magazine about the track, Ross stated “It is one of my favorite tracks because it just feels it so different! I love the almost out bass line and the mood. Feels like gospel rap to me.”