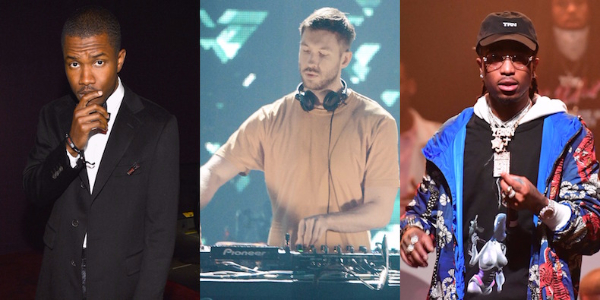 Frank Ocean, Calvin Harris, and Migos have released their new song titled “Slide.” After teasing the track multiple times on his Snapchat story, Harris finally officially announced the song earlier this week, tweeting out the full credits for the song along with a list of the instruments used to create it. Stream the single below. What do you think of this track?
Stream “Slide” on Spotify below: