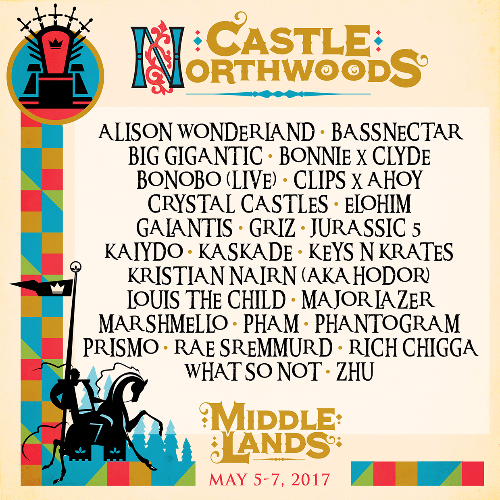 Since the announcement of Middlelands, the Renaissance-themed festival presented by Insomniac and C3 Presents, fans have been eager to find out more information regarding the performances. Yesterday, Wednesday, February 15th the main stage line-up was finally announced! We are thrilled to share that DJ Kristian Nairn will be performing on the main stage, which is called Castle Northwoods!

Nairn will be taking the main stage along side iconic artists such as Bassnectar, Marshmello, Jurassic 5, Bonobo, Kaskade, and many more! Billboard reports that the stage is surrounded by a large field, and attendees will have to cross a bridge in the forest to get there! You will definitely not want to miss these awesome performances! The festival includes 5 stages, 4 days of camping, and 3 days of music, fun, and festivities. Head over to Middlelands online for tickets and more information! 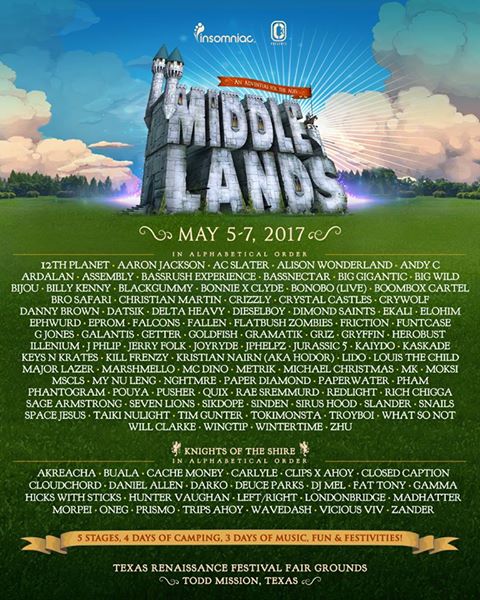