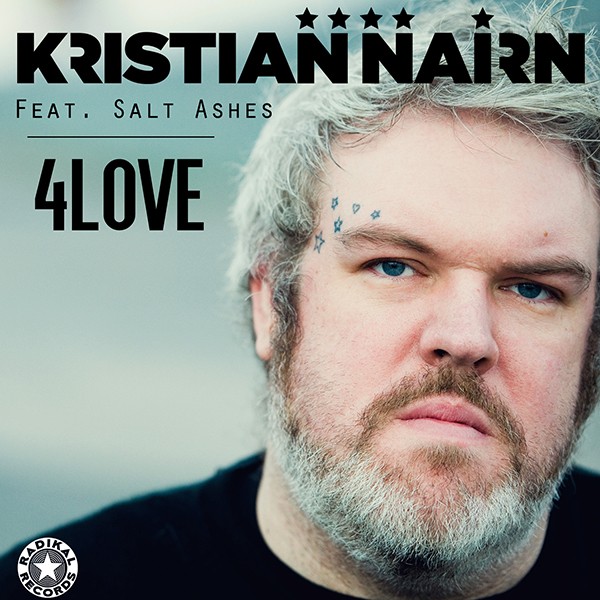 Check out “4Love (feat. Salt Ashes)” on YouTube below:

Kristian Nairn rose to international fame for his portrayal of Hodor on HBO’s hit series Game of Thrones. However, Nairn is also an accomplished musician and has been a professional DJ for almost two decades, holding down a residency at Kremlin, one of Northern Ireland’s most popular and enduring venues, for most of that time. He recently made his debut as a recording artist on Radikal Records with the release of his highly successful debut single “Up/Beacon (feat. Leanne Robinson),” which received rave reviews worldwide.

Nairn is excited to share “4Love” with the world:

“This is my second solo release. This time I had the privilege to work with the wonderful Salt Ashes.  I absolutely love the tone of her voice and I think it adds a very special edge to the track.  Writing with Salt Ashes was such an effortless process because she has such a great feel for this type of track. We already have three great remixes and a few more coming.”