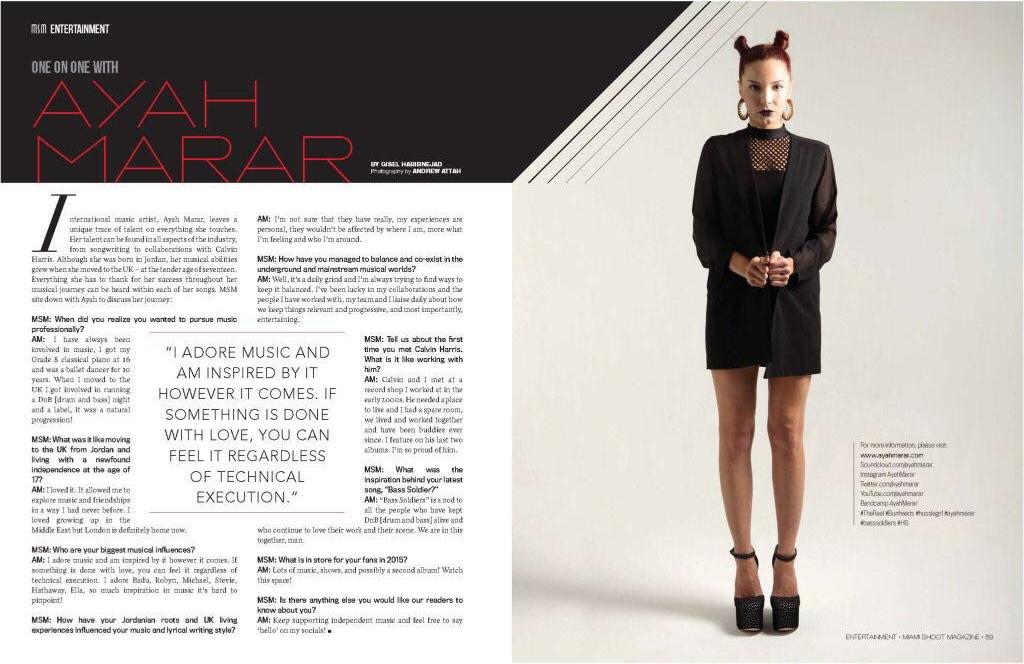 Miami Shoot Magazine’s One on One Interview With Ayah Marar 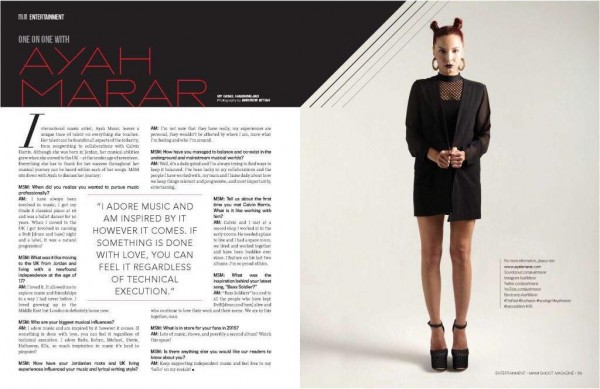 Miami Shoot Magazine recently sat down with Radikal Records International recording artist, Ayah Marar for a One on One interview.  Originally from Jordan, Ayah talks about life after moving to the UK at the young age of seventeen to pursue a career in music.

MSM: What was it like moving to the UK from Jordan and living with a newfound independence at the age of 17?AM: I loved it. It allowed me to explore music and friendships in a way I had never before. I loved growing up in the Middle East but London is definitely home now.

Her career thus far has included a full-length album, The Real, several hit singles, and notable collaborations, such as her feature on Calvin Harris’ “Thinking About You.”  In the interview, Ayah explains that her and Calvin Harris have actually been friends for years.

MSM: Tell us about the first time you met Calvin Harris. What is it like working with him?AM: Calvin and I met at a record shop I worked at in the early 2000s. He needed a place to live and I had a spare room, we lived and worked together and have been buddies ever since. I feature on his last two albums. I’m so proud of him.

Click Here to read the rest of Ayah Marar’s One on One Interview with Miami Shoot Magazine.