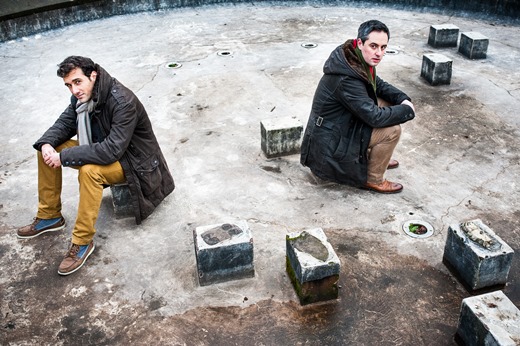 Brothers from Strasbourg – France, HARRY VEYNAND & XAVIER VEYNAND have long been part of an indeed temporal, thus progressive approach to shaping the spirit of discovery and critical thinking: whether it was during their university education, or through their learning of musical instruments, until their first steps creating music, leading to the assertion of their singularity as artists and music producers duo “TUNE IN CREW”

With awareness of the reality that any artist is beneficiary and partially tributary of already existing creations, they dare the boldness, they dare to take the risk in exploring new forms. Each track is experienced as a search to bring out a new relevance, attentive not to fall into trivializing. It is driven by a will to experiment, with humility and joy, between caution, confidence, and requirement. Given what they have lived, listened to, read, learned and thought -all the more in a time of acute conformism, while the world is truly, more than ever opened up- the 2 brothers find meaning in a music rich of its high diversity.

Indeed, from sunny and warm Caribbean, Oriental and Latin influences, to the edge of modern electronic synths, and with a subtle touch of soulful American music, TUNE IN CREW’s sound is a story of surprising balance, of breath, making for a lively and game-changing kind of Pop music. Having in mind and at heart that “Music has, quite particularly, the prestige of both the unity and the otherness” (M. Edwards), Harry and Xavier embraced that music contributes to the future, as a sketch, binding the individual and collective level, and that is also why music has an inherent political nature.

For this reason, they didn’t hesitate to build tracks around political speeches in their country, in favor of a greater, revalued democratic participation. This outlines the aspiration to add to the already existing free spaces, and be one of these cases which incite to the creative courage: this very confidence towards the unknown.