German electronic group U96 return with the hypnotic new single “Let Yourself Go”.

Starting in 1990 with Hayo Lewerentz and Ingo Hauss, along with their former production partners Helmut Hoinkis and DJ Alex Christensen, the group has released seven studio albums and countless singles and mixes. Following a ten-year gap in output, the songwriter/producer team of Lewerentz and Hauss “rebooted” U96 with the 2018 album Reboot. Expanding upon the group’s previous recipes for successes in the studio and in live concerts, their recent shows featured a variety of guests and special visuals in the style of acts such as The Chemical Brothers.

Now in 2020 U96 deliver, “Let Yourself Go”, a nostalgic tech-house track reminiscent of the group’s previous output, but with a fresh spin on their sound from the team of Lewerentz and Hauss. Accompanied by a music video starring Peaches the dog, the track is a reminder of U96’s unique blend of electronic styles and sounds. The single is accompanied by a remix from Schneider & Groeneveld, with additional remixes to come.

“Let Yourself Go” also serves as a pre-release for more new music from the group. Later this year U96 plans to release, Transhuman, a collaborative album with Wolfgang Flür, best known for playing percussion in the iconic electronic group Kraftwerk. Adding a kind of post-modern Kraftwerk dimension to the typical U96 soundscape, the album is tentatively scheduled for fall of 2020, with more info coming soon. 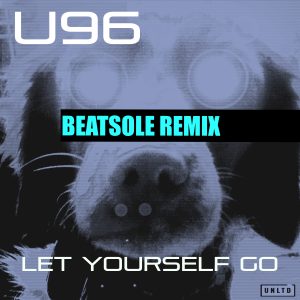