Manuel Riva & Kelli-Leigh – Just to Be with You

Internationally renowned music producer Manuel Riva collabs with vocalist, Kelli-Leigh for the emotionally charged, “Just to Be with You”

Dance music producer, Manuel Riva teams up with UK singer-songwriter, Kelli-Leigh on the collaborative new single, “Just to Be with You”. The emotionally charged ballad showcases Kelli-Leigh’s raw talent as a singer as she tells the story of a romance on the brink of break-up, and moving on to better things.

A slight change in style from the usual deep-house productions of Manuel Riva, the single builds upon a sparse acoustic production into hard-hitting drums and synths. Equal parts heart-breaking and empowering, the single blurs the line between contemporary pop and electronic music, with Riva’s production perfectly backing Kelli-Leigh’s passionate vocals. 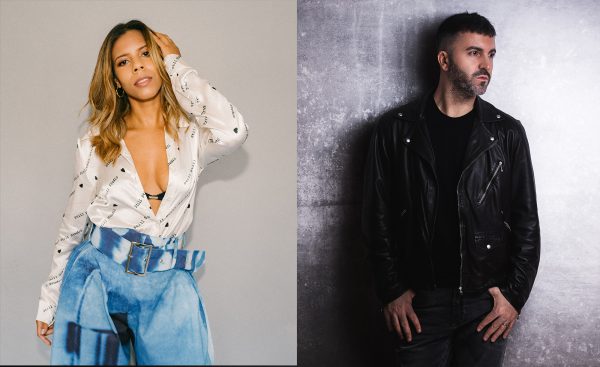 Manuel Riva has quickly become a house-hold name as a DJ/Producer in his home country of Romania and worldwide. His debut single, “Mhm Mhm” became an international success, reaching the Top 20 on the Billboard Dance Club Chart and topping the Shazam Charts in Romania, Bulgaria, Cyprus, Moldavia, Armenia, Lithuania and more. He went on to be nominated for “Best Romanian Act” at the MTV Europe Music Awards and in 2018 he was the open ceremony act of the UNTOLD Festival. His productions are played by some of the world’s biggest DJ’s such as Tiesto, Robin Schultz and Sander Van Doorn.

A regular on the Radikal roster, “Just to Be with You” follows up Riva’s singles, “Slow Motion”, “What Mama Said”, “Miami”, “Sacred Touch”, and “Mhm Mhm” – all available now.

South London singer-songwriter, Kelli-Leigh is one of the UK’s up and coming stars in pop music. Offering a distinctive style, she has been touted as one of the most exciting talents in R&B and soul. First featured on UK dance single, “Cry (Just a Little)” by Bingo Players, Kelli-Leigh boosted her reputation as a backing singer on Adele‘s 2011 tour. In 2014 she would feature on two number-one singles, “I Got U” by Duke Dumont featuring Jax Jones which was certified Platinum, and “I Wanna Feel” by Second City which was certified Gold.

In 2018, Kelli-Leigh released her debut solo single, “Do You Wanna Be Loved Like This?”. She followed this up with “Can’t Dance”, featuring Art Bastian and 2019’s “Without You”. All received an impressive online following and she first performed her hit, “Without You” at London’s O2 Academy, Islington. 2019 also sees Kelli-Leigh appear at the Sundown Festival and Southbeats Festival.