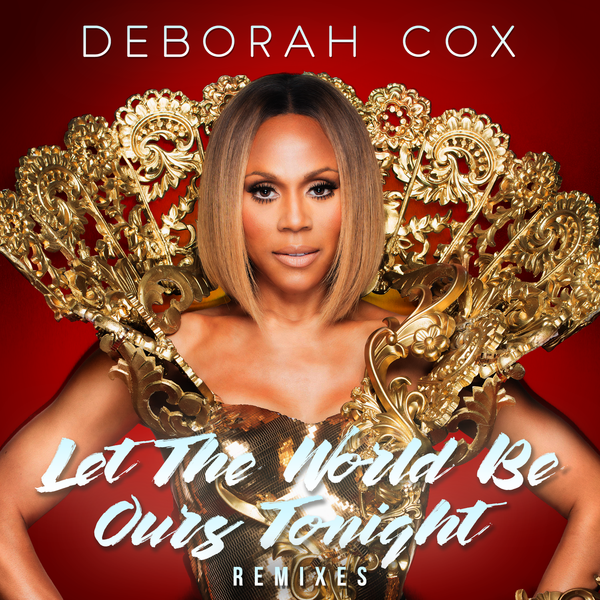 Deborah Cox’s powerful vocal performance on “Let the World Be Ours Tonight” makes a strong statement about overcoming adversity. “Let the World Be Ours Tonight” is a powerful anthem that beautifully delivers her message of acceptance, hope, and love, a theme which has helped her become a beloved figure in the LGBTQ community. When asked about the new single, Deborah Cox stated, “I am thrilled and super excited that this song is resonating on the dance floors all over the world. The fans have been really responsive to not just the feel good nature of the song, but also the message of hope and over-coming any adversity. These are the kinds of songs that bring me the most joy to sing!”

“Let the World Be Ours Tonight (Remixes)” is available for digital purchase on all major platforms including Amazon, Google Play, and iTunes. It is available to stream on Apple Music and Spotify.