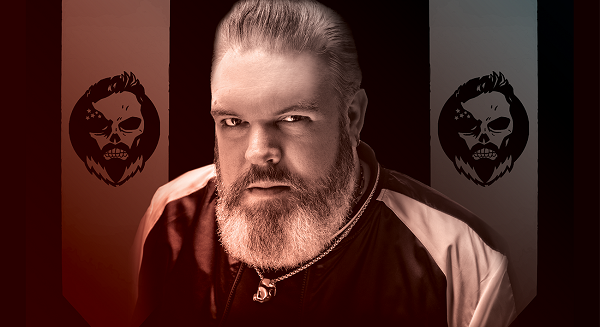 This past weekend, DJ Kristian Nairn took the US by storm with an appearance at San Diego Comic Con and multiple DJ gigs in San Diego, Los Angeles, and Las Vegas. DJ Kristian Nairn made brought his set to The Linq Hotel in Las Vegas. Dancing Astronaut was there to catch all the action. Check out some of their feature below and visit DancingAstronaut.com for more.

Game of Thrones‘ Hodor fled Winter and Westeros on Sunday, July 23, to make his Vegas pool party debut at The Linq Hotel. The 6’10” actor, who plays a gentle giant on the popular HBO series, spun a mix of progressive house and 90s rave tunes at his third Vegas appearance. As inflatable dragons bobbed across the pool, Kristian Nairn, the man behind Hodor, showcased his talents behind the decks on a stage adorned with Game of Thrones banners and an Iron Throne made of neon pool noodles (Noodle Throne?). 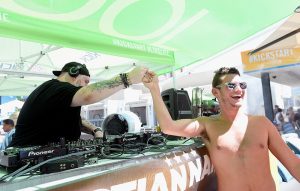 The Northern Irish talent introduced his “Rave of Thrones” tour in 2014, and continues to bring his popular shows to receptive crowds around the globe. After being killed off in season six, Nairn has performed at the likes of Create nightclub in Los Angeles, Omnia in San Diego. and many more. Later this year, Nairn will bring his Rave of Thrones show to Output in Brooklyn and The Foundry in Philadelphia, apart from numerous other dates listed on his official website.