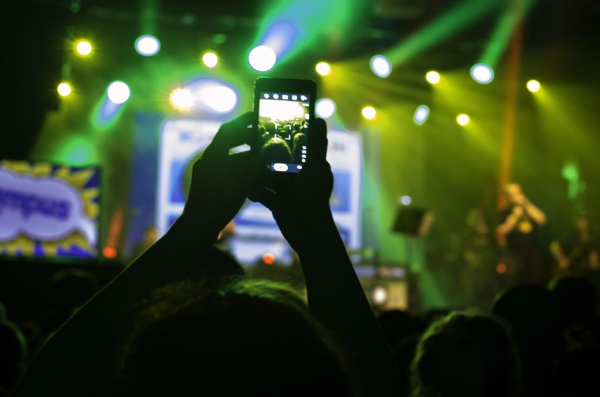 A music festival should be one of the the last places you’d want your phone to be stolen at. Whether you are documenting your favorite set or searching to reunite with your group, a phone is a vital necessity to your festival experience.

This past weekend at Coachella Music Festival,  multiple attendees noticed their phones were missing and started using the Find My iPhone feature to track them down. Some victims, Indio police said, were able to follow Henao across festival grounds before he was detained by security. Once Indio police arrived at the scene, Henao—with a backpack full of more than 100 phones—was arrested

In light of the alleged mass phone theft, local police have reminded Coachella attendees to take extra precautions when it comes to securing their personal belongings. “Spread your valuables instead of keeping them in [one] place,” Sgt. Dan Marshall said in a news release Sunday. “If you are unlucky enough to be a victim of pickpocketing, and your ID, passport, cards, and important documents are spread out, you will not lose everything in one go.” Marshall also recommends keeping wallets/phones in front pockets and employing “dummy.” According to many festival attendees, majority of the phones were stolen from one’s bag or pocket. A The robbed phones were revoked from the man can be found on the Coachella lost and found page.