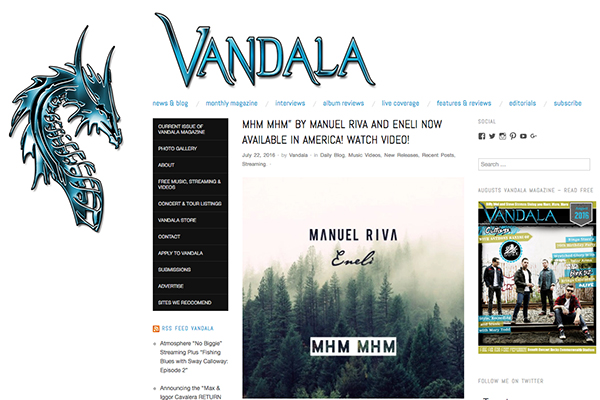 During the last year, Manuel Riva has proved his producer skills, releasing several powerful deep and tech tracks. However it is his revolutionary track “Mhm Mhm” that has become one of his most successful singles so far. The music video already having over 5 million views on YouTube, and we are just seeing the start of Manuel Riva’s success.

Watch the music video for Manuel Riva and Eneli’s “Mhm Mhm” below:

Make sure you read the full article on VandalaMagazine.com and check out the music video on YouTube.

“Mhm Mhm” is available now for download on iTunes, Beatport and Bandcamp. You can also stream the single on Spotify and SoundCloud.