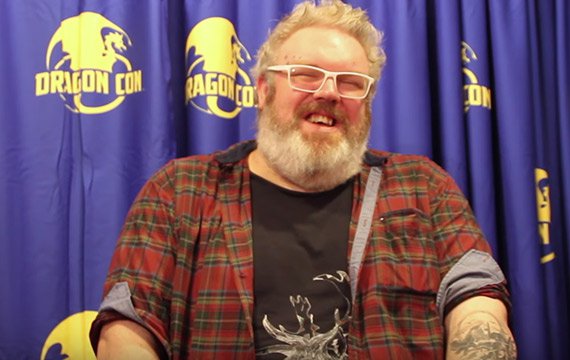 When Nairn isn’t busy playing Hodor on HBO‘s hit series Game of Thrones, he spends his time sharing his love of music with the world as a DJ.

“I was always a very prolific club-goer. I used to go to the clubs a lot when I was a kid. Much too young to be going to the clubs, I might add. I was always a musician. I always played the guitar, piano and stuff… I watched what the DJs were doing and the reaction they would get and I thought ‘I want to do that,’ and I want to take what I feel with my music and share it with people and see if I get the same reaction.”

Ever wonder what songs would make his character’s playlist? Nairn states, “Something quite repetitive like “Macerena”… he likes his dance routines…”Silence: by Delerium..he’s a quiet guy, so “Silence.” I don’t thnk it’s going to be too hardcore techno or something like that.”

For more from this exclusive interview with FanBolt, visit FanBolt.com