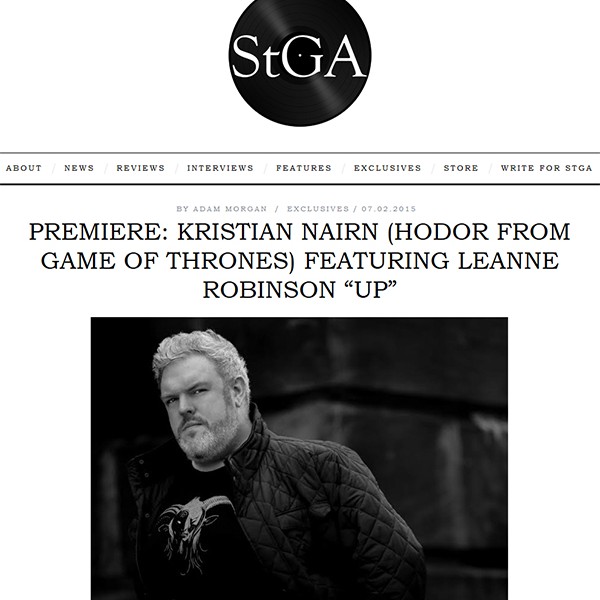 Kristian Nairn is perhaps best known as Hodor from Game of Thrones but when he isn’t hanging out with Osha, Bran, and Rickon, he is also an EDM producer. Surviving the Golden Age is excited to premiere his debut single “Up.” The dance track features elements of 90s house and big beat to create a sound that is both familiar and modern. Leanne Robinson contributes the essential female vocals that every 90s house track needs. Winter might be coming but “Up” is a hot track for the summer!