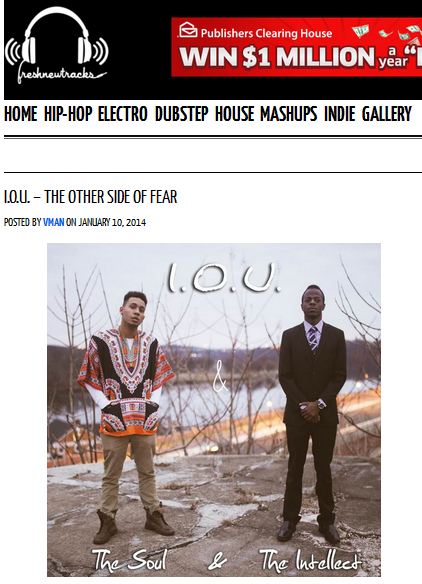 FreshNewTracks.com picked up on I.O.U.’s lead single off their debut album “The Soul & The Intellect” and here’s what they had to say about the track:

It’s 2014, and Jersey duo I.O.U. aka Inside Our Universe is not wasting any time releasing their first single “The Other Side Of Fear” off their digitally released debut album The Soul & The Intellect, a catchy hard hitting track layered with the guy’s unique style of rapping and singing.

You can stream the record below on SoundCloud, and purchase the album on iTunes here.