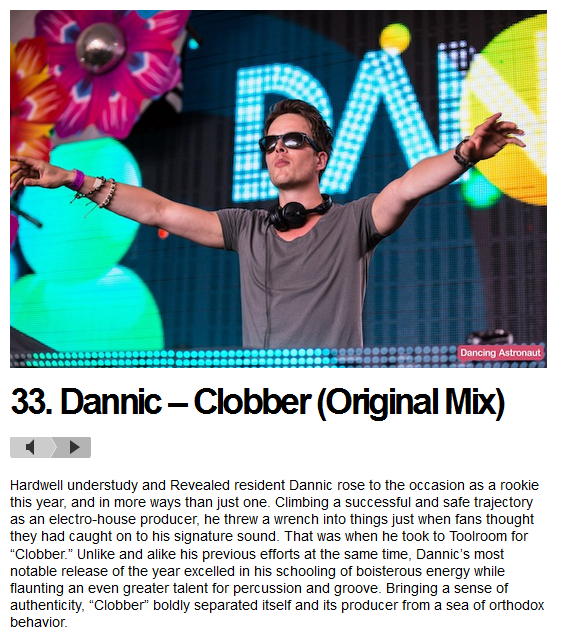 We are proud to announce that the crew at DancingAstronaut.com chose Dannic’s “Clobber” as their #33 biggest track of 2013. Radikal released “Clobber” in the US, licensing Hardwell’s prodigy’s track from Toolroom records. Here’s what DA had to say about the record:

“Unlike and alike his previous efforts at the same time, Dannic’s most notable release of the year excelled in his schooling of boisterous energy while flaunting an even greater talent for percussion and groove. Bringing a sense of authenticity, “Clobber” boldly separated itself and its producer from a sea of orthodox behavior.”

“Clobber” is available on iTunes and Beatport.