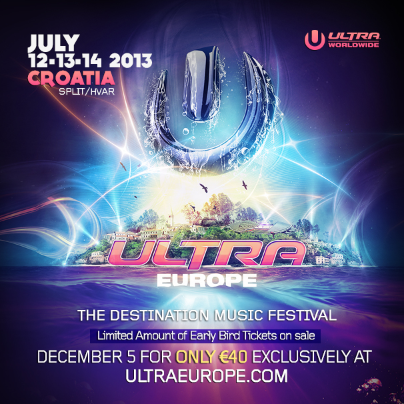 The wait is finally over! It has just been announced that the headliners for the European Ultra Music Festival 2013 will be Swedish heartthrob Avicii, trance legend Armin van Buuren, and EDM superstar Carl Cox! The legendary festival has seen countless superstars on its bills the past couple of years, even managing to bag Madonna, the queen of pop, as an announcer last year. As expected, early bird tickets sold out in less than ten minutes just last week, but not to worry: general admission tickets on sale NOW for the first two days, with the third and final day’s tickets going on sale in early 2013.