The new single follows up their 2018 collab and Billboard Dance Club #1 “I’m in Love With You”. In an interview with Billboard’s Patrick Crowley, Walker explained what’s it like working with Moran and what brings the two of them back together so often.

I feel so blessed. There isn’t a word to describe how it feels when you’re working with Tony — I mean, he’s a legend. Even to this day, every time we are in the studio together, I still pinch myself because there’s a part of me that doesn’t believe its real. We work really well together. He gets me and my weird voice.

I’d been in front of so many A&R people and they all would say the same thing: “we love your voice and sound but, we just don’t know what to do with you.” Well Tony knew, and we are just getting started. The records that we’ve done have come to fruition in such an effortless way. It’s like they were meant to happen.
– Jason Walker via Billboard 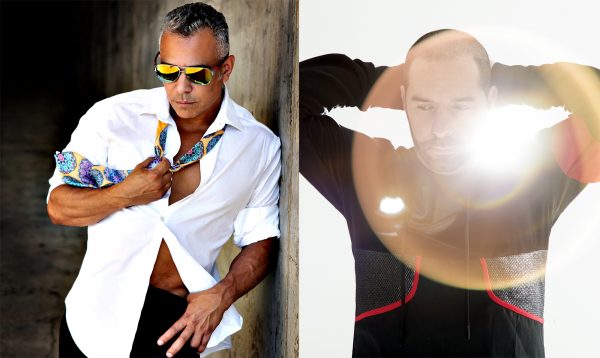 Tony Moran is a two-time Grammy nominated remixer, producer and singer-songwriter. Ranked as the 92nd-most successful dance artist of all-time by Billboard in 2016, Moran is one of the most well known DJs in house music, regularly playing to massive crowds at events worldwide. As a remix producer, Moran has worked with top music artists including Madonna, George Michael, Mariah Carey, Whitney Houston, Selena Gomez and many more. With more than 800 titles, dozens of Top 40 pop hits and countless #1 dance singles to his credit, Moran shows no signs of slowing down.

Jason Walker grew up in Pittsburgh singing in church choirs and local bands before competing on It’s Showtime at the Apollo, which he won with a cover of Oleta Adams’ “Get Here” in 2001. Following his TV debut he moved to New York City and was quickly signed to dance music icon Junior Vasquez‘s label, JVM, where he recorded two albums, “This Is My Life” and “Flexible,” garnering three Top 10 Billboard hits and two Billboard #1’s. In 2010 he went independent releasing his third-full length and landing his seventh Top 20 Billboard Dance hit. Walker has become a regular on the Billboard charts, landing #1’s on the Dance Club Songs chart five times, three of which were with Moran.

Walker and Moran first met through Junior Vasquez when Moran was commissioned to remix Walker’s “Set It Free.” Since then the duo has released singles, “So Happy,” “Say Yes”, and “I’m in Love with You” all of which hit #1 on the Billboard Dance Club Chart. For “Perfect Bitch” the two artists worked with co-writers Mike Greenly and Ryan Shaw with additional production from Deep Influence.

In support of, “Perfect Bitch” Walker, Moran and Radikal Records have enlisted a team of All-Star producers to remix the original track. Names like James Hurr, StoneBridge, Micky Freidman, Moto Blanco, DJ Strobe, Rabbit In The Moon and more will be featured on the official remix package. More info and release date coming soon!