London-based production/DJ outfit Soulshaker team up with Phil Pywell to deliver the uplifting and anthemic “Lead the Way”.

Since forming back in 2004 the production team known as, Soulshaker have landed twenty #1 chart positions, more than sixty Top 10 hits and been a part of over 150 Top 40 chart entries within the UK’s Official Music Week Club Charts. Consisting of London based brothers Warren and Matt Meyers alongside DJ Gizmo, Soulshaker have firmly established themselves as one of the most highly regarded production, remix and DJ outfits in the world of house music and dance music.

For their latest hit the production team has teamed up with UK vocalist, Phil Pywell for “Lead the Way”, an energetic and uplifting summer anthem. Released worldwide on June 26th, the new single follows up Soulshaker’s 2017 #1 Billboard Dance Chart hit “Let the World Be Ours Tonight” by Deborah Cox also released on Radikal Records. 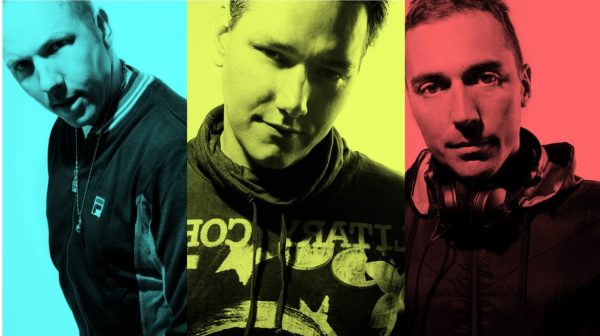 In 2014 Soulshaker was presented with the Best International Dance Producers Award at the Malta Music Awards (MMA’s), a 12,000 capacity event shown live across Europe to tens of millions of viewers. Past awards for the guys have included the prestigious Music Industry Recognition Award (MIRA) in the ‘Best Dance Music Producers‘ category, shortly after winning the ‘Best Remix of 2012‘ for their mix of Lindsay Lohan‘s ‘Bossy’ on Universal (US).

Soulshaker’s DJ sets and live shows are truly explosive and the guys never fail to shake a dancefloor. The guys have performed all over the Globe for some of the World’s hottest and most established events, including Ministry of Sound (where they’ve played around 40 times), Ushuaia, Es Paradis, Space, Camden Palace, Clockwork Orange, Eden, Twilo, The Turnmills, Powerzone, Fabric, Aquarium, Moneypenny’s, Koko, The End and more.