After hitting new peaks on the Billboard Charts with “Gam Gam” DJs From Mars have released the official remix package.

“Gam Gam” is the latest track from the genre-defying dance music producers DJs From Mars, sampling and reinventing the Jewish children’s chorus song of the same name. Inspired by Mauro Pilato & Max Monti’s 1994 dance mix the martian duo decided to give their unique spin on this culturally significant song.

After landing their first Billboard-charting single in 2018 with “Somewhere Above the Clouds,” DJs From Mars hit new highs on the charts with “Gam Gam”. The smash single hit #1 on Billboard’s Dance Club Songs Chart and #21 on the Hot Dance/Electronic Songs Chart. 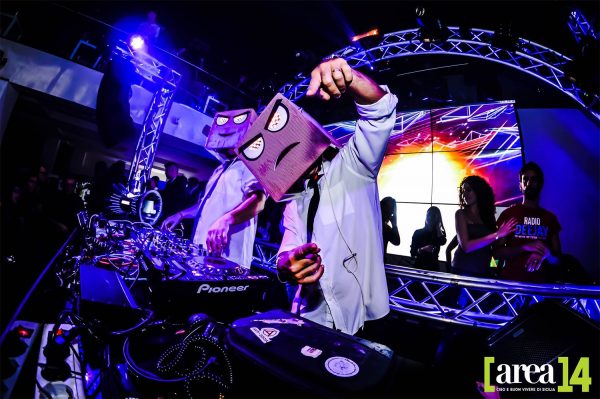 The new release, ‘Gam Gam (Remixes)’ out March 15th features new mixes from 5 DJs and producers. With over 80 #1s across the US and UK production duo Bimbo Jones kicks off the remix package, followed by rising Billboard-charting producers Cristian Poow and MARAUD3R, Italian DJ Federico Scavo, and German producer Tonekind. Each of the new mixes has the producers taking the original single in a variety of new directions and sounds.

DJs from Mars are ready to play their high-energy dance track and critically acclaimed bootlegs all over the world in 2019.  Touring non-stop across 5 continents in the last 6 years, the martian duo is one of the most booked acts in the DJ-scene with a tour schedule of at least 120 shows yearly. Their tracks and remixes have been supported and playlisted by some of the biggest DJs including David Guetta, Carl Cox, Tiesto, Chuckie, Firebeatz, Lost Frequencies, Ummet Ozcan, Laidback Luke, Paul Van Dyk, Bob Sinclar, Vinai and many more.