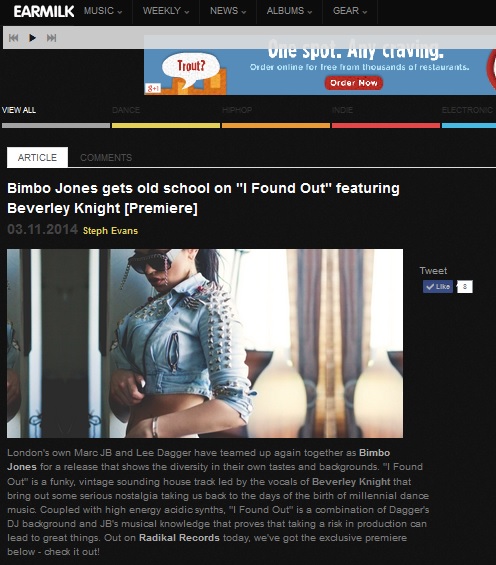 Earmilk premieres Bimbo Jones & Beverley Knight’s “I Found Out”  the first single off the boys’ forthcoming album”Go Naked.” Here’s what they had to say about the release:

London’s own Marc JB and Lee Dagger have teamed up again together as Bimbo Jones for a release that shows the diversity in their own tastes and backgrounds. “I Found Out” is a funky, vintage sounding house track led by the vocals of Beverley Knight that bring out some serious nostalgia taking us back to the days of the birth of millennial dance music.

Purchase the  single on Beatport today here and check out the exclusive remixes by Ravi B., Killerpunkers and Funky Junction, Sebastian Carter, The Control Freakz, and the Bimbo Jones Mardi Gras remix!