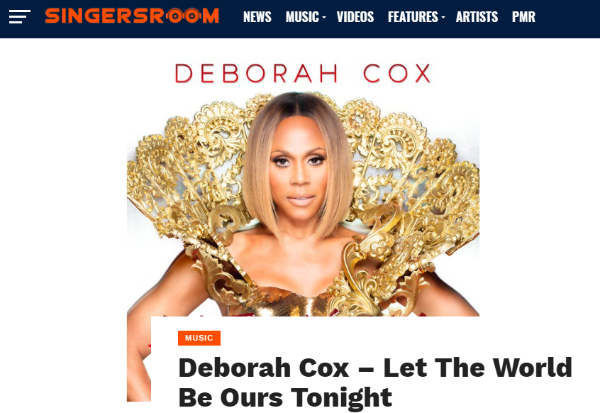 Last week, iconic R&B singer Deborah Cox released her brand new single “Let the World Be Ours Tonight,” via Radikal Records. The single is destined to be the anthem of the summer. Singersroom has featured the songstress’ new single. Check out the feature below, and be sure to head over to Singersroom.com for more!

Included with the offering are various interpretations of the single from some of today’s top producers including Stonebridge and Damien Hall, Diamm, and Soulshaker.